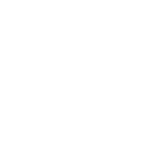 An initiative that is part of Victoria’s Anti-racism campaign, Africause  engaged with six African communities to develop a showcase of their individual cultures. Each community also participated in a series of workshops on racism in its various forms. Africause also worked with three African researchers based at Griffith, Swinburne and Melbourne universities to undertake literature reviews of the relationship between African Australian communities, Victoria Police and mainstream service providers.

The Centre for Multicultural Program Evaluation analysed qualitative & quantitative data from the workshops and made recommendations for training Victoria Police in community engagement models specific to the needs of diverse African communities.

A structured facilitation process that identifies the cause and effect of key issues and allows a stakeholder driven solution.

We acknowledge the Traditional Custodians of the Lands on which we work and live and pay our respects to their Elders, past, present and future.

What we are about